We are delighted to welcome Mark Benson to Kudos Audio as Production Manager from 1st November 2020. 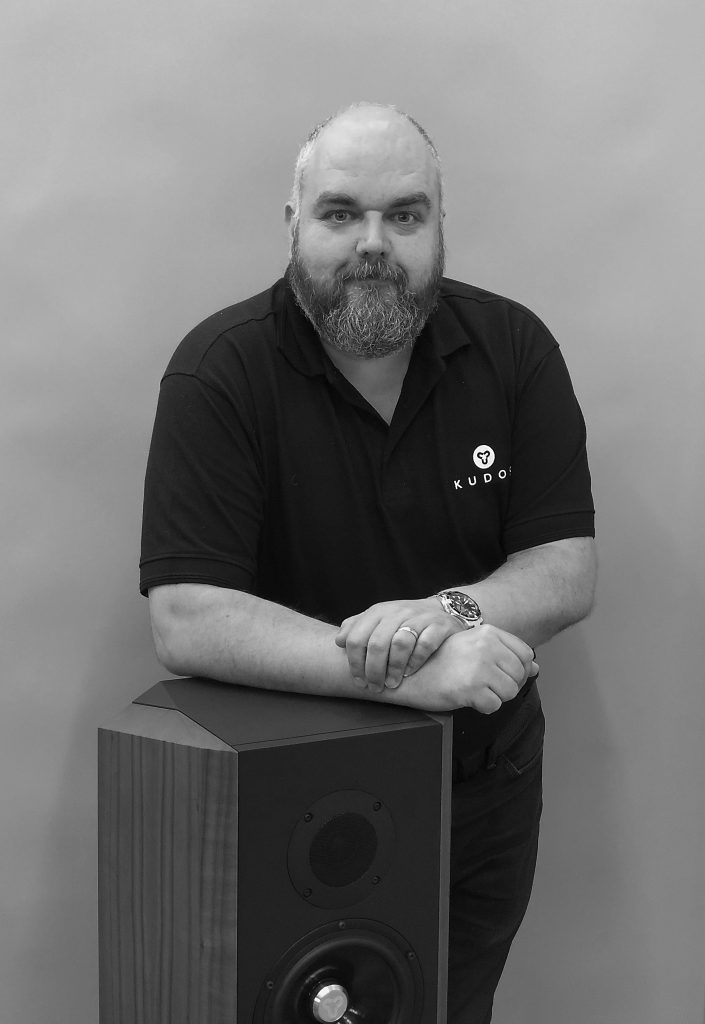 Due to an increased UK demand and opening up new export distribution, we’ve decided to expand production staffing. Since Kudos began in 2007, Derek Gilligan (founder and Managing Director) has been heavily involved in hand-building or personally checking every speaker after assembly, both cosmetically and during listening tests. It has now come the time to hand over this significant responsibility so Derek can devote more time to new product development and growing the company further.

Mark studied and qualified in industrial design after he left school but moved into graphics and pre-press at a large printer company followed by his true love hi-fi. Mark worked at Peter Tyson in Newcastle for 17 years specialising in turntable setup but covering all aspects of the higher end retail environment.

The opportunity to join Kudos came after discussions at shows last year where Mark had been helping out with weekend staff manning. Mark’s attention to detail will fit well with Derek Gilligan the founder, owner and boss of Kudos. Derek is obsessed with consistency of build and performance. Mark also intends to bring his Industrial Design skills to Kudos when required for future product development.

As Production Manager Mark will be responsible for all aspects of Kudos’ inboard supply chain and production working alongside the existing team. Please join us in welcoming Mark to Kudos and we wish him every success in his new role.